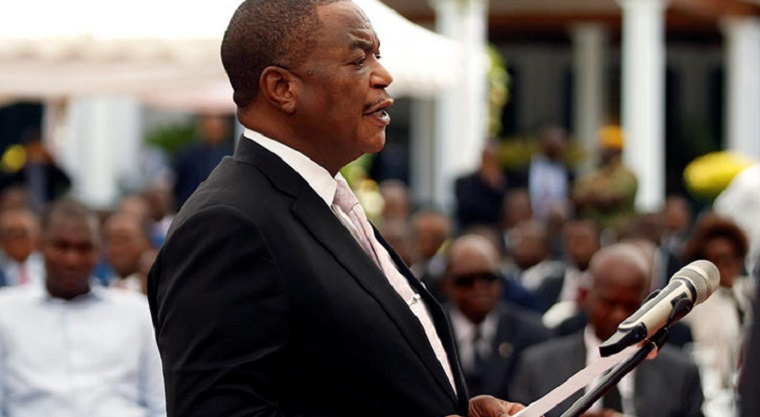 Chiwenga, who led the military in a de facto coup that brought Mnangagwa to power, is the latest in a string of military leaders to be elevated to government positions.

President Mnangagwa, who did not give a speech at the swearing-in ceremony, told journalists that his deputies will have to drive the performance of the new ministers.

“They have to drive the ministers. The performance of ministers will be reflected by the supervision they give,” said Mnangagwa.

Chiwenga also told journalists that: “What I can tell you is that there will be teamwork . We are going to work as a team and we will deliver.”

Mnangagwa, who is under pressure from opposition parties and the public to implement political and economic reforms, has ordered his new ministers to come up with 100-day ‘quick-win’ plans.

Mnangagwa today also granted Mugabe full diplomatic status and a staff of 23 as part of his pension.

In a government gazette, Mnangagwa said former presidents who have served at least one full term will have six security personnel, two each of drivers, aides, private secretaries and office attendants as well as a fully furnished office.

Mugabe has been living at his private home in the plush Borrowdale suburb even while he was president and his new pension entitles him to “payment of a lump sum which is equal or equivalent to the value of the private residence,” according to the gazette.

The former leader has a reputation for extensive international trips, but his pension allows him four trips outside the country travelling first class at public expense. He will also be provided with a diplomatic passport.

He visited a hospital in Singapore for his first trip outside Zimbabwe since he was ousted from office, apparently for medical checks, two weeks ago.-The Source