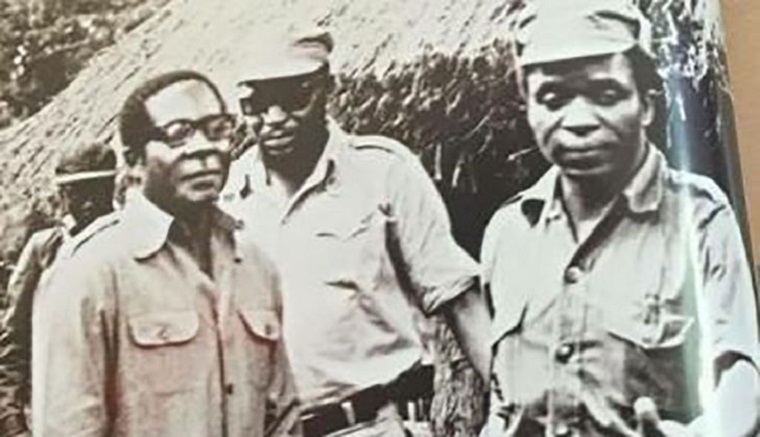 Opposition legislator Eddie Cross, who has been accused of being too close to new President Emmerson Mnangagwa, says Zimbabweans are now stuck with ED and have no choice but to make it work.

ED is the abbreviation Mnangagwa is most known by and stands for his first names Emmerson Dambudzo.

Writing in his persona blog, Cross said the new administration of Emmerson Mnangagwa has no choice but to change things for the better in Zimbabwe.

“They have no choice as elections loom and must be fought in just 7 months’ time. They know that they have a real challenge ahead of them; they are committed to a free and fair election, they know they have not made any friends in what they have done over the past 4 years, and they know that that must, to a very great extent, carry the baggage left over from the Mugabe era,” he says.

“To do so they simply must deal with corruption, maintain law and order, stop the remnants of the G40 and Joice causing more problems and destabilizing the country. They know they must deal with the cash shortages, the rising prices and shortages. They know they must convince the population that they have changed and it’s not just the tired old policies of the Mugabe dynasty. They must be able to offer hope and they have to achieve all of this in 7 months.

“For all of us we must accept that this agenda is also in our interests – even if we are in the opposition. These are national and not parochial problems that must be tackled if any of us are going to have any sort of future. The MDC and especially Morgan Tsvangirai have brought democracy back to Zimbabwe and restored our rights as a people. But right now, with his illness, other than offering opposition and curbing the excesses of any future government, we are probably stuck with ED and that is our dilemma. We have no choice but to make it work. “

Cross says though the military takeover which brought in the new government was unconstitutional and unlawful, it was a welcome relief from former president Robert Mugabe’s tyranny.

He says Mugabe did not allow anyone to stand in his way.

“His path to power in newly independent Zimbabwe in 1980 was a turbulent and sometimes, violent one,” he writes. “ I have no doubt that anyone who stood in his way was skating on thin ice and that the death of his main competitor for control of the post war machine created in exile to fight the war of Independence – Josiah Tongogara, was not killed in a car accident, he was murdered. The same fate awaited his main military commander, Mujuru, many years later after he challenged Mugabe. “