Econet cashes on broadband and Ecocash 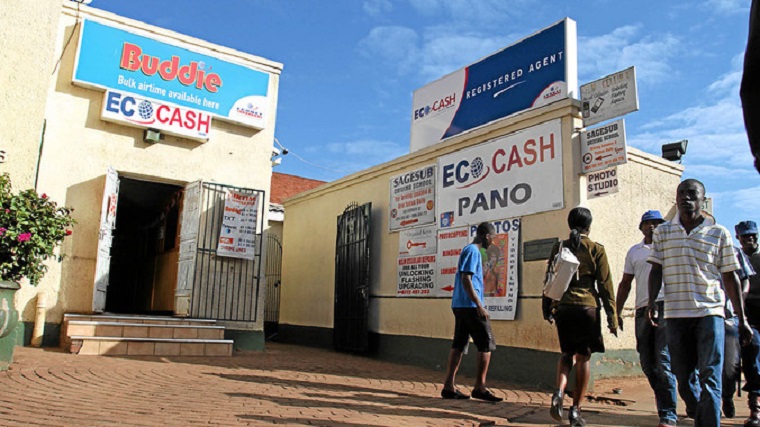 Zimbabwe’s largest mobile operator, Econet continues to leverage on broadband and mobile transactions growth to protect its topline against a background of waning voice and SMS revenues owing to the downside presented by over-the-top (OTT) services.

The industry recorded a total revenue of $722.9 million, with Econet enjoying a lion share of 76.5 percent of the total revenue in 2016, while Netone and Telecel had 14.4 percent and 9.1 percent respectively.

Econet voice revenues contributed 50.8 percent to total revenue in the full year ended February 2017 down from 80 percent in 2010, a 6 percent decline from prior year while  Ecocash and broadband contributed 12.2 percent and 19.5 percent respectively.

At industry level, Econet led mobile transactions in the country, garnering a 98.6 percent market share through its Ecocash platform while Telecel’s Telecash  and Netone’s Netcash  contributed a meagre 1.1 percent and 0.3 percent respectively.

Econet’s broadband revenue for the full year to February 2017 increased by 8 percent to $123 million from $113 million recorded in the previous year, following an additional 2.9 million subscribers during the year.

Relative to its peers, in terms of data, Econet had 71 percent market share while Netone and Telecel got 21.3 percent and 7.7 percent respectively in 2016

Additionally, the group’s banking unit, Steward Bank, had an impressive financial year, with revenue increasing by 24 percent $30.11 million from $24.34 million on the back of  a 36 percent  increase in non-funded income to $28 million.

The group’s earnings before interest, tax, depreciation and amortization (EBITDA) was down 6 percent to $223.95 million from $238.42 million achieved in the previous year, while EBITDA margin eased to 36 percent  from  37.2 percent previously.

Econet raised $130 million — possibly the biggest ever local capital raise in Africa outside of South Africa – in February  through a highly contentious rights issue to pay off foreign loans.