Do Mnangagwa and Ramaphosa represent a moment of hope? 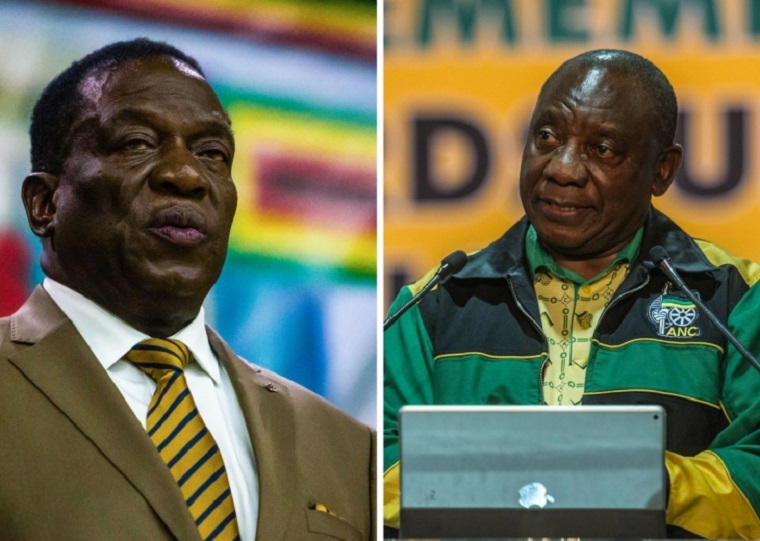 In the snows of Davos, two brand new southern African leaders are attempting to persuade the world that they have a good story to tell.

South Africa’s Cyril Ramaphosa is not yet president, but he is leading his country’s delegation. He is joined by the new president of Zimbabwe, Emmerson Mnangagwa, who ousted his old ally and mentor, Robert Mugabe in an (almost) bloodless coup last November.

Both face internal crises which will take years to resolve; both have tarnished pasts, yet both represent a moment of hope for the region.

The situation in South Africa is dire. As an official report stated plainly, the country’s major institutions have come close to being “captured” by the ruling elite.

The report, by an incredibly brave woman, Thuli Madonsela, showed how the state’s resources were being syphoned off for the benefit of the Zuma family, their Indian backers (the Guptas) and their associates (the Zumas and Guptas deny the allegations).

Matters came to a head in December last year when Ramaphosa narrowly won leadership of the African National Congress.

It was a nail-bitingly close contest, which Ramaphosa finally won by 2 440 votes to 2 261, after a three-day congress marked by bitter backroom political infighting.

Since then Ramaphosa has strengthened his position.

Zuma – who remains president of the country despite having lost the presidency of the ANC – is clinging on to power.  But commentators suggest that he could be forced to step down within weeks, if not days.

“It’s no longer IF he goes – it’s When and How”, wrote Carien du Plessis. The sense of relief in the ANC that Zuma is departing is enormous. Activists no longer feel bound to defend the indefensible.

Rebuilding confidence (local and international) in South Africa will be no easy task, but Ramaphosa has set about it with a will.

He has overhauled the management of Eskom, the state electricity supply utility. Eskom planned to raise $26bn in the next five years, a sum so large it could have rendered the country at risk of a default.

Goldman Sachs labelled Eskom the biggest risk to the economy. At the same time, the Guptas’ assets have been frozen to prevent them being taken abroad.

Ramaphosa, 65, is one of South Africa’s richest men, thanks to wealth he accumulated after being driven to the margins of politics in 1997.