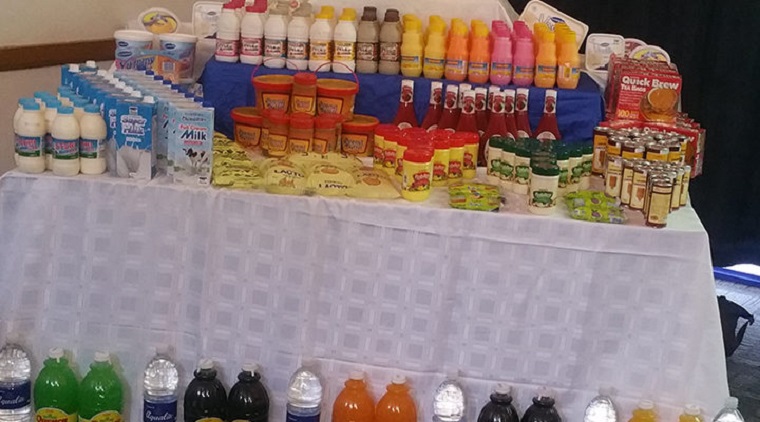 Zimbabwe’s largest milk processor, Dairibord made an operating loss of $3.99 million from a $3.97 million operating profit recorded in the previous year on the back of high overhead costs, chief executive Anthony Mandiwanza told analysts yesterday.

Overheads increased by 10 percent from $20.7 million in the previous year to $22.8 million on the back of a $2.8 million once off impairment of inventories, receivables and equipment.

Revenue declined by 10 percent from $103.4 million in the preceding year to $93.4 million on the back of declining volumes and price adjustments to remain competitive.

Sales volumes declined by 1 percent to 83 million units while price per litre realised fell 9 percent to $1.13.

Liquid milk, food and beverages lost 15 percent, 12 percent and 3 percent revenue respectively in the period as a result of the impact of price adjustments and static volumes.

Volumes declined despite an 18 percent surge in Pfuko volumes which was buoyed by increased capacity and additional flavours.

The company said it lost 2 million litres of liquid milk as a result of supply constraints on imported UHT and delays on commissioning the UHT carton machine.

Total assets declined by percent from $78.7 million in the previous year to $74.5 million because of  inventories.

The group increased its borrowings from $9.7 million in the preceding year to $10.5 million, increasing the gearing ratio from 17 percent to 19 percent.

Cashflow from operations declined from $6 million in the previous year to $4.5 million and the company said it will use the cash generated to invest in inventories, mainly imported milk powders, packaging materials and capex to support distribution and merchandising equipment.

Mandiwanza said Dairibord Malawi which contributed 3 percent of group revenue posted an operating loss of $200 000 in the year.

“The performance of the subsidiary was impacted by subdued macroeconomic performance characterised by low disposable incomes, a depreciating currency and reduced donor support,” Mandiwanza said.

However, the company said it will not dispose the poor performing operation as other options to extract value from the business are being considered.

Mandiwanza said the group has consolidated Dairibord Zimbabwe, Lyons and NFB logistics operations and projected a minimum savings of $2 million with a rationalisation cost of $1 million from retrenchments, head office relocations and relocation of plant and equipment.

Dairibord plans to import 300 heifers in the year for its contracted farmers to expand milk production.-The Source