Construction of Beitbridge-Harare Road to start in March 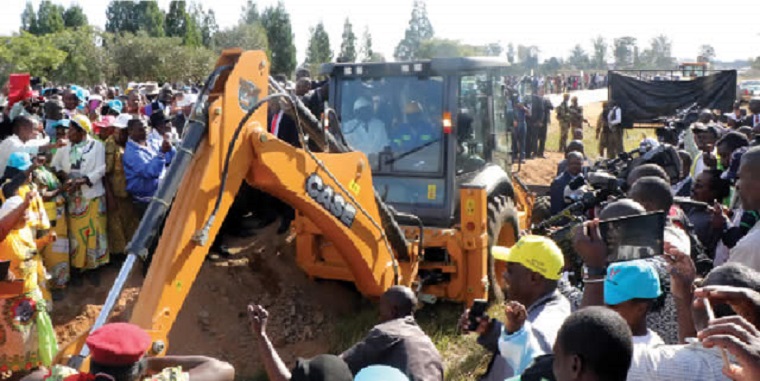 Construction of the Beitbridge to Harare Road, the busiest highway in the country, is to start in March according to the Minister of Transport Joram Gumbo.

Austrian company Geiger International was contracted to carry out the project under a 25-year build-operate-transfer model at a cost of $998 million.

“The contracted company which is head-quartered here in Masvingo province has already started receiving their equipment. Since July last year, they had been on the ground undertaking preliminary designs among other things and this now paves way for the actual construction. We are now confident and free to tell you that by March construction work will start.” Gumbo told a local authorities workshop in Chiredzi, according to The Herald.

“The company will operate from six stations. They will start from Beitbridge to Rutenga, then Rutenga to Ngundu, Ngundu to Masvingo, Masvingo to Mvuma, Mvuma to Beatrice and finally Beatrice to Harare. We will be having a team of engineers who will help us to ascertain the quality and uniformity of the work which would be done.”

This is not the first time that Gumbo has said the project is kicking off.

He told The Herald in June last year that construction of the road would start within a month.