Chiwenga back, sends social media into a frenzy 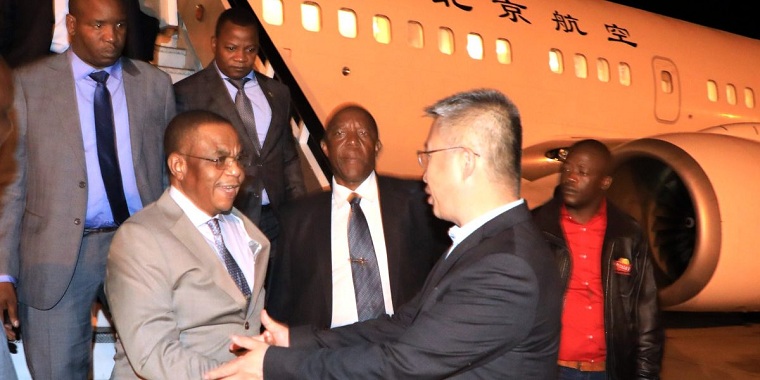 Vice-President Constantino Chiwenga returned from China where he was receiving medical treatment this morning and immediately raised a media frenzy.

He was received at the airport by China’s Deputy Ambassador to Zimbabwe Zhao Baogang as well as members of his family, brother Onisimo and son Tawanda.

Some media outlets immediately questioned by the Vice-President was not received by senior government officials.

There has been a lot of speculation especially from the online media about bad blood between President Emmerson Mnangagwa and Chiwenga with some saying the country could have another coup.

Mnangagwa ascended to power in 2017 in what was essentially a coup when the military forced President Robert Mugabe to resign after 37 years in power, the first seven as Prime Minister.

Zimbabwe African National Union-Patriotic Front national commissar Victor Matemadanda said the party was aware of these machinations but they were going nowhere.

“They have seen that the MDC project won’t work. Now they have gone at another level, it is common cause and common knowledge that they have put $5 million for social media abuse propaganda against the ZANU-PF government and they are giving money to anyone that will oppose any ZANU-PF activity,”  Matemadanda told the Chronicle.

“And as we speak, we have on social media stories like Tyson is coming to take over, the military wants to overthrow the Government, this minister or this vice president have gone into an agreement to overthrow the President, this and that. They are creating this confusion so that they cause disharmony and create an opportunity for the re-introduction of the erstwhile colonial power…….

“They are not going anywhere.”