Chiwenga and Mohadi appointed State Vice-Presidents, to be sworn in... 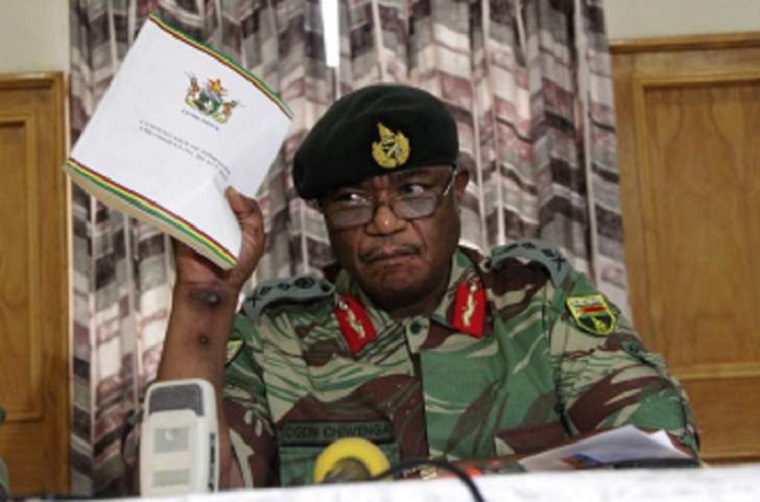 Former Zimbabwe Defence Forces chief Constantino Chiwenga and Defence Minister Kembo Mohadi have been appointed Zimbabwe’s Vice-Presidents and will be sworn in tomorrow.

Chiwenga led the military takeover that forced former president Robert Mugabe to resign on 21 November paving the way for Emmerson Mnangagwa to complete Mugabe’s term which ends on 21 August 2018.

Mohadi is the Member of Parliament for Beitbridge East and will therefore have to vacate his seat.

It is not clear whether there will be any by-election as Zimbabwe has only six months to the next elections.

Five more seats are vacant following the expulsion of five Zimbabwe African National Union-Patriotic Front legislators who were expelled from the party on 19 November and the party recalled their seats.

Fifteen more members were expelled but the party has not recalled the eight seats that are occupied by legislators.

Mnangagwa says he has forgiven all the members of the G40 faction of ZANU-PF that was campaigning to replace him with former first lady Grace Mugabe except for three.

The three are Jonathan Moyo, who insists that Mnangagwa’s government is illegitimate; Saviour Kasukuwere who is now being investigated for corruption; and either Paddy Zhanda or Patrick Zhuwao.

Mnangagwa’s administration has also frozen the bank accounts of Moyo and Kasukuwere who were believed to be the kingpins of G40.

The President has been accused of militarizing his government as a reward to the military for bringing him to power.