Chinotimba asks why fuel is so expensive in Zimbabwe- are... 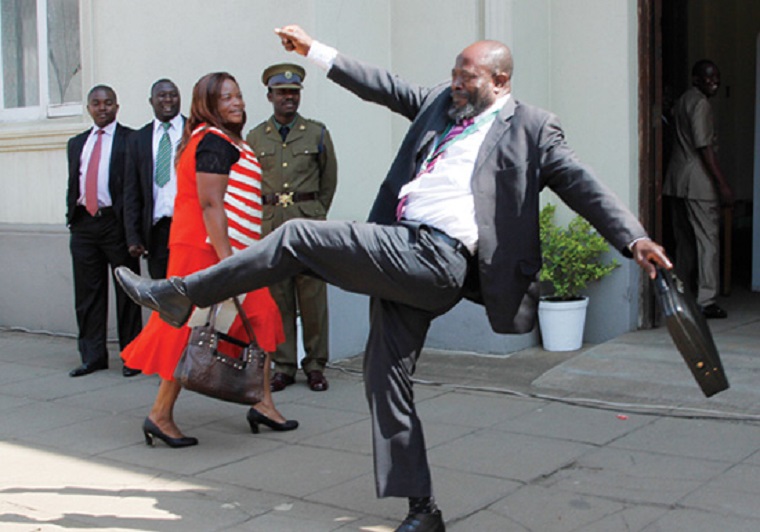 Buhera South Member of Parliament Joseph Chinotimba has asked why fuel in Zimbabwe is so expensive while that in Zambia is much cheaper yet it is transported through Zimbabwe?

He was asking a supplementary question after Deputy Energy Minister Tsitsi Muzenda had said that fuel in Zimbabwe was very expensive because of the taxes added on by the government.

“Madam Speaker, fuel that we use in Zimbabwe and Zambia is procured from the same place in Mozambique,” Chinotimba said.

“It is procured from the same area.  Zambian fuel passes through Zimbabwe and goes through Chirundu Border Post and when it is there, it costs 80 cents per litre.

“We need to understand.  The Minister should explain to us.  If they are failing to manage, they should give the Minister of Finance and Economic Development because they regulated this.

“It is not proper to say it is taxes because Zambia (whose fuel) passes through our place … sells their fuel at 80 cents, yet we are paying $1.36 per litre.

“A liberated country like us, we should be enlightened as to why our fuel is so expensive.  We are in a liberated zone and country and we also have liberated Ministers.

“They are not in Rhodesia.  The question that was asked by the Hon. Member was that why is it that our goods in Zimbabwe are expensive? Are we in Rhodesia?”

Muzenda admitted that Zambia and Zimbabwe procured their fuel from the same place but said the issue of taxes fell under the Ministry of Finance.