Chamisa tells visiting SADC team Mnangagwa is not sincere about... 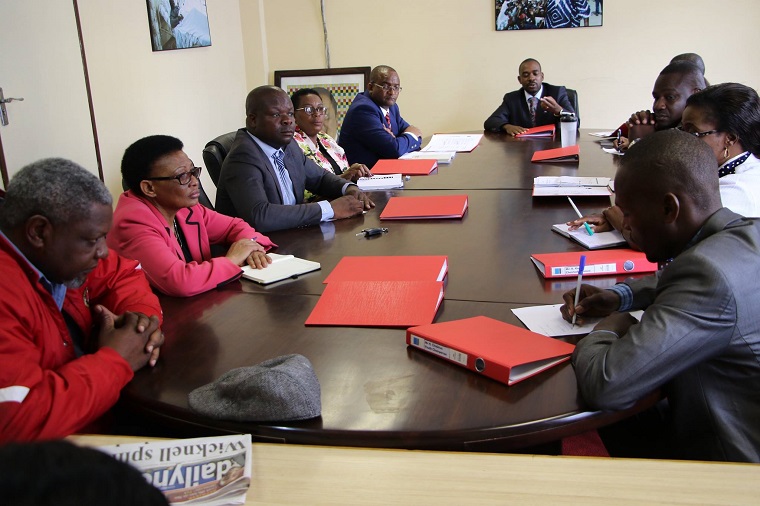 Movement for Democratic Change leader Nelson Chamisa today told the visiting Southern African Development Community Electoral Advisory Council that President Emmerson Mnangagwa was not sincere about holding free, fair and credible elections because he had not yet implemented the necessary electoral reforms.

Chamisa who met the SADC team with nine other members of his team said the government had not implemented media reforms and was abusing traditional leaders.

He also said there was no clarity over the printing and auditing of ballot papers as well as the auditing of the voters roll.

The MDC also said the army should recant its statement that it would never salute a leader who does not have liberation credentials.

President Nelson Chamisa and nine other national standing committee members today held a two-hour briefing with the seven-member SADC Electoral Advisory Council at the party’s headquarters ahead of the watershed polls due in a few months time.

President Chamisa told the delegation, led by Advocate Leshele Thoahlane, that the Zimbabwe government has not been sincere on its commitment to a free, fair and credible plebicite as it had not yet made public in substantive terms the roadmap to the next election. He bemoaned the fact that the recommendations made by SADC in the 2013 election in terms of the implementation of key reforms had not yet been done, among them media reforms that would ensure equal coverage of all contesting parties.

The MDC leader raised issues to do with violence, the abuse of traditional leaders, the opaqueness around the printing and auditing of ballots as well as the auditing of the voters roll. With a few months to go before the next election, there was neither agreement nor clarity on these key electoral matters.

President Chamisa implored the SADC observer team to ensure that Zimbabwe complies with the SADC guidelines on the conduct of free and fair elections, adding that only a credible plebiscite would ensure a return of confidence and legitimacy in the country.