Chamisa says no Zimbabwean should lose life in the run-up... 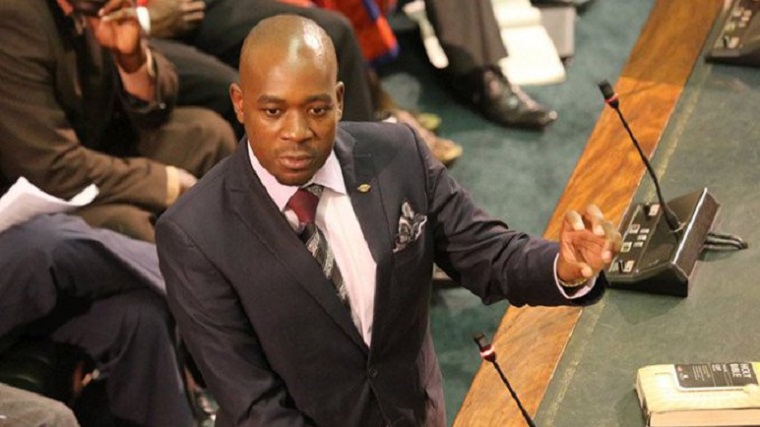 Acting Movement for Democratic Change leader Nelson Chamisa yesterday said no Zimbabwean should lose life in 2018 either due to intra-party elections or elections in general.

Speaking in Parliament where he noted that violence was on the increase, Chamisa called on President Emmerson Mnangagwa to make his call for free and fair elections a reality.

He was speaking in the wake of violence against legislator Zalerah Makari in Epworth and National People’s Party leader Joice Mujuru in Glen Norah.

“May this be taken to the President so that his call on free and fair elections is actually made a reality within political parties and also for intra-party democracy generally across the whole country,” Chamisa said.

“No Zimbabwean must lose life in 2018 on account of either intra-party elections or elections in general.

“Hon. Speaker, I rest my case. I thought I needed to bring this to your attention, asking you to do something about it, but also asking government to issue a very stern warning and a very powerful statement, particularly dealing with the perpetrators because we are seeing an escalation.”

HON. ADV. CHAMISA: Thank you Mr. Speaker. I rise on a point of privilege in terms of our Standing Orders just to alert the House that Parliament has to do something regarding the vulnerability of Hon. Members of Parliament in the various constituencies, particularly in the context of an attack on one of our Members of Parliament yesterday.  I have had an occasion to check with the Police in Epworth and discovered that there was an attack on a Member of Parliament Hon. Zalerah Makari.  Hon. Makari was attacked by some unknown persons at Epworth board.  The reason is still not yet known.  The RRB number is 3448819.  A police report has been made.  I am saying this because we are seeing an escalation in the vulnerability, not just of Members of Parliament but also the ordinary citizens, particularly in the context of our run-up to elections. We do not want our elections to be tainted with accusations of lack of credibility, violence or instability within the country.  So, may something be done Hon. Speaker Sir, because this is a very serious issue?  You are aware that in the United Kingdom, a Member of Parliament by the name Deborah Cox was actually killed.  As a Member of Parliament, you attract a lot of envy from competition, detractors and enemies of our country.  So, it is important that we do not just move to protect Members of Parliament; we also have to do something to make sure that there is peace and stability in the country.