Chamisa says no to POLAD 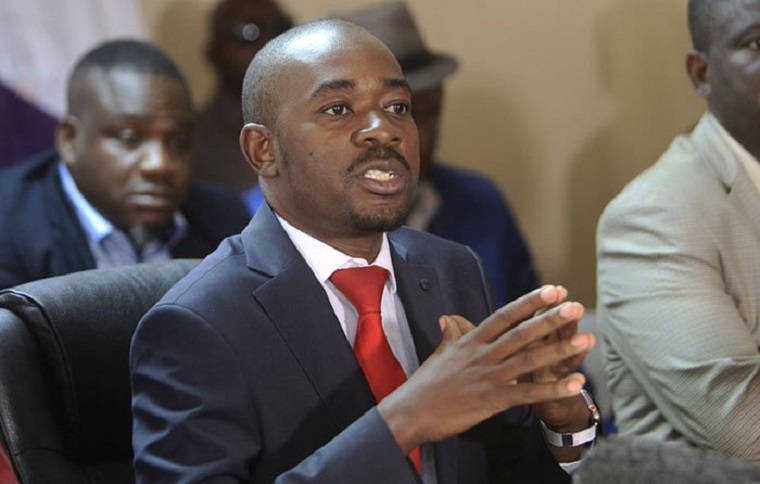 Movement for Democratic Change leader Nelson Chamisa today said he is not joining the Political Actors Dialogue arguing that Zimbabwe needs real change so dialogue must be genuine.

“Zimbabwe is in a deep crisis. Only true & holistic reform will bring about real change. Dialogue must be genuine. Will take no part in POLAD,” he tweeted this morning.

“Our views on the much desired dialogue remain unchanged. We seek true change for the people of Zimbabwe. We will never betray your trust!”

Chamisa this week met former South African President Thabo Mbeki who was the architect of the government of national unity in 2009.

Mbeki met leaders of other political parties which are in POLAD and said he is returning to Zimbabwe before the end of the year.

Reports said he was on a personal visit but he seemed to be trying to get political parties in Zimbabwe to talk.

Chamisa’s stance was overwhelmingly endorsed by his supporters but one said he should issue a press statement so that his tweet is not misinterpreted.

“Please do a press statement  if needed or issue a press release in all languages on what is Mdc position on dialogue . Clarify this in rural areas or else zanu will twist this,” lindelinkosi tweeted.

“it took 15years,5months,1week and 1 day of bush war for the repressive Rhodesian regime to give in, manje with your strategy of twitter war and praying my friend…..you are looking at centuries of struggle, up your game stop preaching and sulking and be a revolutionary!!”

The party is, however, under pressure to solve the current crisis which is seeing Zimbabweans going into Christmas without power, fuel and food.