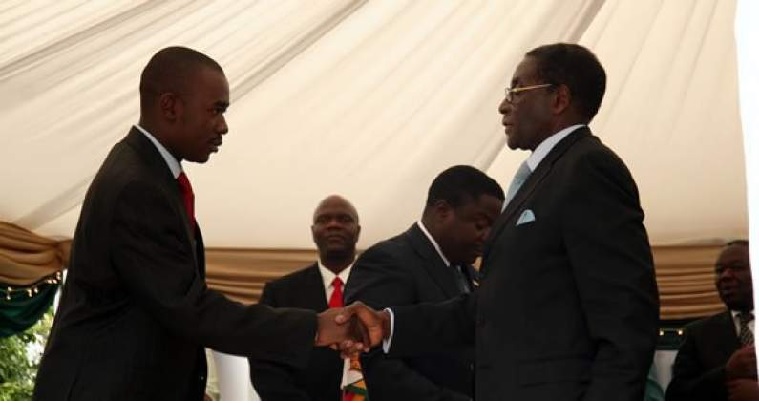 Movement for Democratic Change leader Nelson Chamisa who has so far refused to talk to Zimbabwe President Emmerson Mnangagwa today shocked most of his twitter followers when he said: “Life is short that we should never waste it in unprofitable fights, rivalry and squabbles!”

It was not clear whether he was referring to fights and squabbles at national level or within his own party, but he tweeted the message shortly before news of former President Robert Mugabe’s death in Singapore this morning.

On Mugabe’s passing on, Chamisa said: “My condolences to the Mugabe family and Africa for the passing on of Zimbabwe’s founding President. This is a dark moment for the family because a giant among them has fallen. May the Lord comfort them.

“Even though I and our party, the MDC, and the Zimbabwean people had great political differences with the late former President during his tenure in office, and disagreed for decades, we recognise his contribution made during his lifetime as a nation’s founding President.

“There’s so much to say for a life of 95 years and national leadership spanning over 37 years but in the true spirit of Ubuntu, we would like to give this moment to mourning but there will be time for greater reflection.”

It was, however, Chamisa’s earlier tweet on life being too short that attracted a lot of attention as it was not clear whether he is now willing to join talk with Mnangagwa.

His party has so far set five conditions before it can talk to Mnangagwa one of which is the issue of legitimacy.

Most of Chamisa’s followers urged him to join the current dialogue initiated by Mnangagwa if he was really serious about progress..

Kanu Maraidza responded: “Well said. Join dialogue and contribute to the healing; reconciliation; peace and development of Zimbabweans and Africa at large. Nothing must(stop)  MDC from doing so.”

Onelibb added: “A United people is a prosperous pple! #playball. Blessed are the peacemakers!” to which Chamisa responded: “Indeed blessed are the peace-seekers. Where brethren dwell in peace, unity and love God commands a blessing and happiness forevermore!”

Rey Gwisai Hungwe, however, accused Chamisa of double standards saying: “you speak from both sides of mouth Chamisa,,when you’re local pamaRallies ako you indirectly incite violence but using Shona and wen it comes to your english posts /speeches you preach unity&peace.”

Mugabe endorsed Chamisa on the eve of last year’s elections and there have been reports that he funded Chamisa’s campaign.