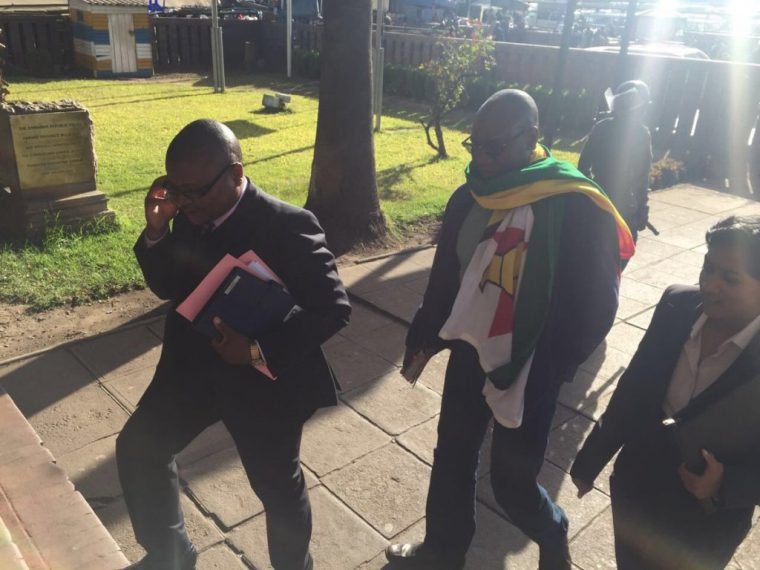 This was said by Deputy Speaker in the House of Lords Baroness Anelay of St Johns yesterday when she was asked by Lord Hylton and Lord Patten about what the British government was doing about the pastor who was arrested on his return from the United States and is awaiting trial.

Mawarire is being charged with subversion following his calls on the social media for President Robert Mugabe to step down.

He fled to the United Sates last year and was arrested at Harare International Airport on his return on 1 February.

“Since Pastor Evan Mawarire's arrest on 1 February, the British Embassy in Harare has followed the case closely and made representations to the Government of Zimbabwe,” Baroness Anelay said.

“They have raised the UK's concerns with the Deputy Foreign Minister, the Deputy Prosecutor General and the Minister for ICT and issued statements on social media indicating the British Embassy's presence in court and welcoming the bail decision. Officials also maintained contact with Pastor Evan and his legal team.”

She added in her response to Lord Patten:

“Pastor Evan Mawarire is currently free on bail, pending his trial next month. During his time in detention, officials at the British Embassy in Harare maintained close contact with Pastor Evan and his legal team.

“We have made representations to the Government of Zimbabwe about his case and the situation of human rights defenders more broadly. Officials met Pastor Evan on 28 February and will attend his trial.”

“He is a figurehead of a system,” Mawarire said. “I don’t want to take away from the fact that the individual had a role to play in these challenges, but there is a system of corruption and abuse. He could die tomorrow or next week, and then what?”