Britain ready to bail out Mnangagwa 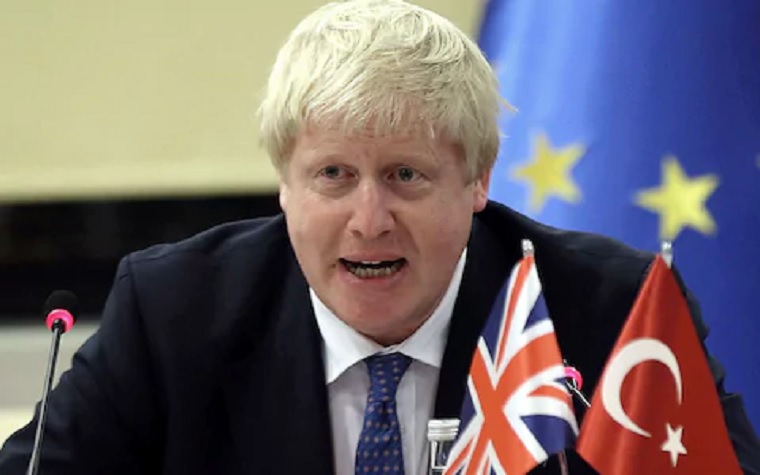 British Foreign Minister Boris Johnson says Zimbabwe’s new president Emmerson Mnangagwa must demonstrate his sincerity to reform the country by delivering political and economic reform because a transition from one despotic ruler to another would be a tragedy for Zimbabwe and its people.

Johnson told the British Parliament yesterday that Britain was ready help Zimbabwe but the process of democratisation and economic recovery must be led by Zimbabweans.

He was quoted by the Nigerian News Agency as saying: “Recent events in Zimbabwe offer a moment of hope for the country and its people.

“This is a time to look to the future and to make clear that Britain shares the common vision of a prosperous, peaceful and democratic Zimbabwe.

“I am encouraged by President Emmerson Mnangagwa’s words so far.

“During his inauguration speech, he promised to reform the economy and give investors the security of title they need if Zimbabwe is to fulfill its potential and create the jobs that are sorely needed.

“For as long as the President acts on his words, then Britain is willing to work alongside him and offer all the support we can.”

Since I updated the House on the 15th November there have been historic developments in Zimbabwe. Robert Mugabe’s 37-year rule came to an end on 21st November, sparking joyous celebrations as Zimbabweans looked forward to the opportunity for a brighter future.

The UK’s objective has remained constant throughout these dramatic developments. We want to support the people of Zimbabwe in building a democratic, stable and prosperous country. The only way for Zimbabwe to achieve a legitimate government is through free and fair elections held in accordance with the constitution. We stand ready to support a legitimate government to rebuild their beautiful country, working alongside our international and regional partners, with whom we are already engaging in order to lead the response.

President Emmerson Mnangagwa, who was inaugurated on the 24th November, has stated that this marks the beginning of a “new unfolding democracy” in Zimbabwe. He must now demonstrate his sincerity by delivering political and economic reform. In particular, he must hold an election in which all Zimbabweans can participate without fear of intimidation or violence. A transition from one despotic ruler to another would be a tragedy for Zimbabwe and its people.

The process of democratisation and economic recovery will be led by Zimbabweans. The Minister for Africa visited Harare on 23rd and 24th November and met with actors from across the political spectrum to discuss the transition to democracy. He made clear to the incoming administration that the UK stands ready to play a key role in support Zimbabwe’s recovery, but only on the basis of genuine political and economic reforms, including respect for human rights and the rule of law. In this moment of hope for Zimbabwe, the UK will be looking for tangible indications of progress.