Beware of Magaya’s sponsorship of the Zimbabwe national soccer team-... 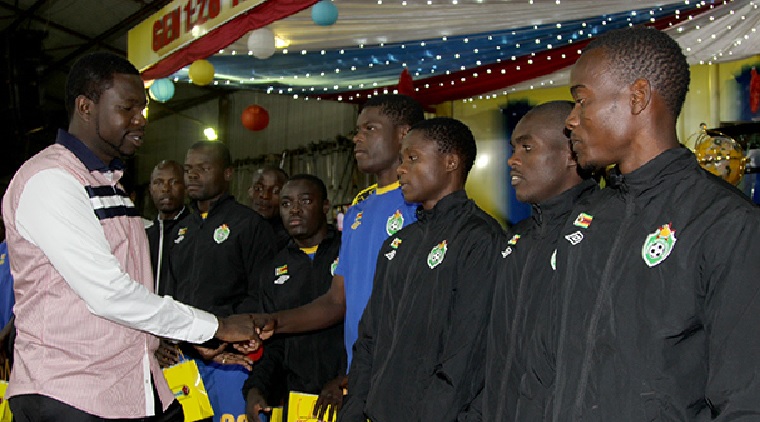 Temba Mliswa questioned whether his sponsorship was sustainable because he could wake up one morning and say he was no longer interested.

“If Mr. Magaya were to wake up angry and chase them away from his good hotel, that will disturb the preparations of the players in terms of intrinsic and extrinsic motivation,” Mliswa said.

“What should be done is – we also heard that he has taken Mr. Pasuwa’s motor vehicle.  It has been repossessed.  Is there a written contract or a concept that is used or a contract that says for five years, he is going to be supporting the national team so that the players remain motivated and they will continue winning?”

Justice Wadyajena said Magaya was using the soccer team to recruit members for his church and was giving them anointed water and other things.

“We want to ask the Minister of Sport and Recreation that, since Mr. Magaya gives money to football supporters, why is he forcing these players to go and pray in his church and they are given anointed oils and anointing waters and so forth.  How does this happen?  Is it part of the sponsorship package or these are the conditions of the sponsorship package or they are hoodwinking the players?” he asked.

Minister of Sports Makhosini Hlongwane said Magaya was not the only person who sponsored the national team.

He also said he would investigate if players were being forced worship in Magaya’s church.