A peak into the lifestyle Zimbabwe Parliamentarians want 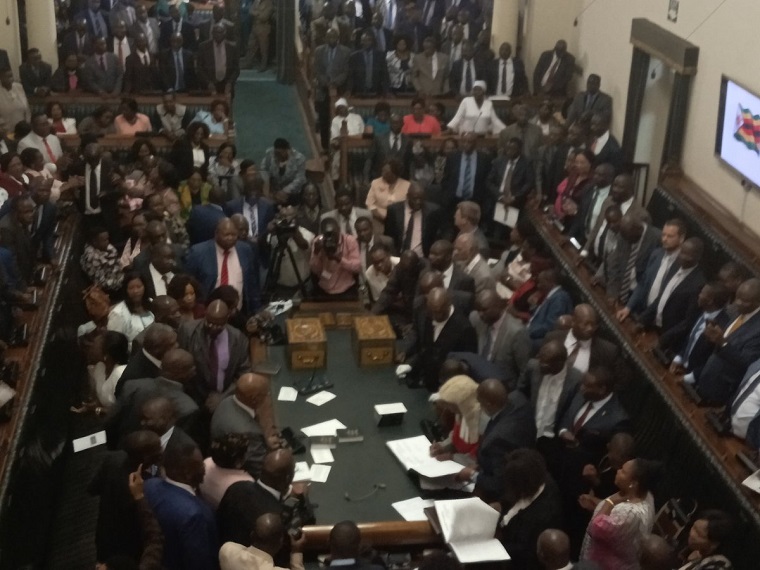 On Thursday, Zimbabwe’s Members of Parliament squeezed Finance Minister Mthuli Ncube to increase their budget from $101 million to $145 million. They wanted $163 million that they had initially requested but Ncube said he could only increase the budget to $120 million. The MPs insisted they would not bow down until they got their $163 million. Ncube, however, increased the budget to $145 million and this was finally agreed. What were the MPs really requesting? Was it for the benefit of the people that voted for them or for their own personal benefit?

Here is the full debate.

HON. CHIKWINYA: Thank you Chairperson. I rise to make submissions on Vote 2 – Parliament. The first critical issue is that this Vote does not support the capacitation of Parliament in the first manner that number one, if you look at the justification from secretariat itself, in conjunction with the work plans that have been submitted by all the Committees – including the latest documents that we received from the Speaker which is the national strategic document.  They speak to capacitation of Parliament in as far as 1) workshops are concerned.  We are having an issue whereby Committees are having to heavily rely upon technical partners, civil society organisation for capacity building.  That is unsustainable and that is not correct.  It puts Parliamentarians under the control of those civil society organisations.

Parliament must be able to stand alone and capacitate its own members alone for them to be able to carry effective inquiries.  Some of the civil society organisations have got a conflicting mandate and mission with Parliament.  How then are we able to superintend and perform our oversight duties when we are being sponsored by the same civil society organisations?  In as far as capacitating members for them to be able to go through all the planned efforts, we need this Budget to be increased.  That is number 1.

THE HON. CHAIRPERSON  Order in the House Hon. Members.  Can the Hon. Member be heard in silence please?