25 soldiers stormed into Kasukuwere’s house while he and Jonathan... 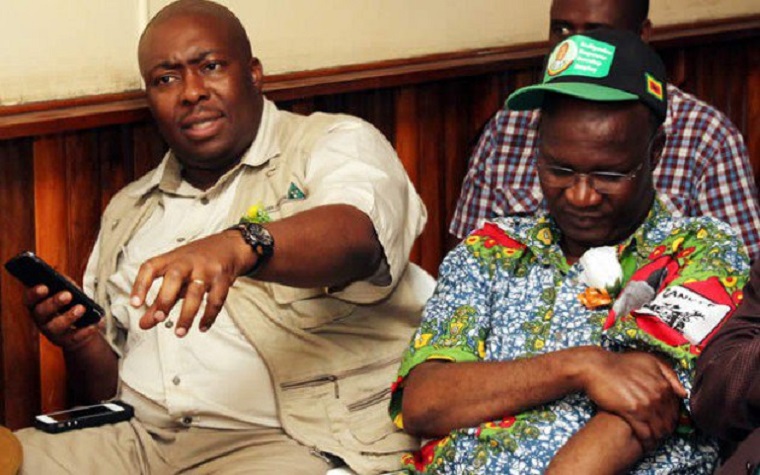 Twenty-five soldiers fired indiscriminately into the house of former Local Government Minister Saviour Kasukuwere while Kasukuwere, former Higher Education Minister Jonathan Moyo and their families were in the house according a tweet just posted on Jonathan Moyo’s twitter handle today.

A picture attached is stamped 16 November.

The main tweet asks: “What would you do if you & your family survived a 2am-15 minute ZDF attack on your house with 7 children one of them 12 years old, by 25 SAS snippers with semi automatic weapons; randomly firing tracer bullets & stun grenades? Is this the New Justice?  New Dawn? New Era? New Zim?”

The whereabouts of Moyo and Kasukuwere are still unknown.

Some reports said they were picked up from Grace Mugabe’s mansion after they had fled their homes when their security was withdrawn.

One tweet posted on Jonathan Moyo’s handle said he and Kasukuwere and more than 50 others had skipped the country and were safe.

Moyo and Kasukuwere were among those most sought after but so far only the whereabouts of former Finance Minister Ignatius Chombo and youth leaders Kudzai Chipanga and Innocent Hamandishe are known.

They have appeared in court on various charges and were all remanded in custody to 8 December.

Although they appeared before different magistrates, they were all denied bail for their own safety. 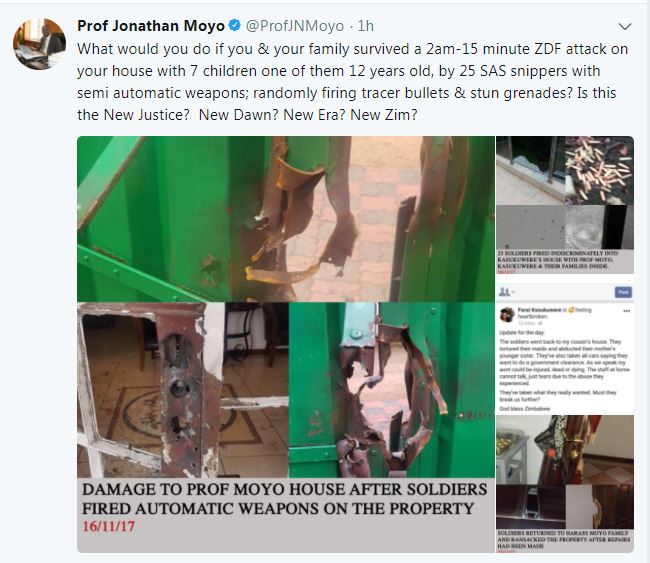 Most of Moyo’s followers did not, however, sympathise with him.

One said if Moyo had time to count 15 minutes then it was not an attack.